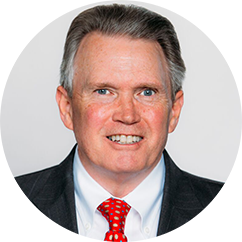 Terry is the owner and founder of Terry E. Mosley, CPA, Inc. He is a Certified Public Accountant and holds both an undergraduate degree in Accounting and a Masters Degree in Business Administration. In 1998, Terry was awarded an honorary Doctor of Humane Letters from Victory California Christian College.

Terry first began working with exempt organizations in 1978 when he joined the staff of a non-profit ministry in Tulsa, OK. In 1984, he left this organization to start his accounting firm and earned his CPA certificate the following year. Then in 1988, the firm was incorporated and became Terry E. Mosley, CPA, Inc. which specializes in accounting and taxation issues for churches and ministries.

Terry is a member of the American Institute of Certified Public Accountants and the Oklahoma Society of CPA’s. Terry has been married for over 45 years. He and his wife, Jan, have two children and one grandchild. Terry enjoys traveling with his wife and is an avid golfer. 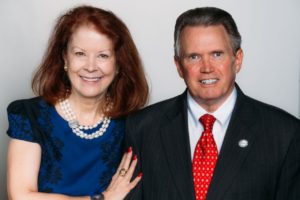 Terry and his wife, Jan, made a guest appearance on the “Deborah Sweetin Show”, which aired on January 31, 2014. Click here to view the program.

Cheryl is our Administrative Assistant and has been with our firm since September of 2012.  Her previous experience includes licensed insurance agent, business owner  and Personal Banker.  She has also completed courses in accounting from Tulsa Community College and the American Institute of Banking.

Cheryl enjoys walks in the evening with her toy poodle, Sophie, and spending time with her daughter, Shelley, who lives in Texas. 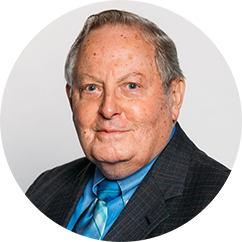 Bob has been with the firm for 10 years and currently serves as a Tax Accountant. He studied accounting at the University of Nebraska and Wichita State University.  Prior to joining our firm, he spent 23 years as the Chief Accountant for a large ministry.

When he’s not working, Bob spends his time traveling coast-to-coast to visit his grandchildren in Virginia and California.